and Sixth International Conference: “Challenging Wars and Conflicts: Peace and war through the gender lens”

Under the impression of the successful and peaceful “velvet revolution” 2 weeks earlier, Armenian women were especially proud of their visible and peaceful presence in the street, struggling for democratic change. What had happened: heavy political tensions in the first days after president Sargsyan had decided not to quit his office and send police and military to suppress protests (as he always did before). But ordinary people from day to day occupied more public space and marched with the opposition (leader) – first in the capital than the movement grew with impressing peaceful demonstrations also in smaller towns and villages all over the country. 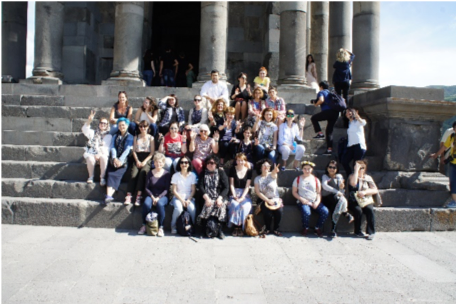 (Young) women, trained and empowered locally and nationally since years and connected, could show that they don’t have fear to bring their children to the street and day after day they were more numerous: Creative actions, singing, writing posters, a strong feeling of democracy. And they made the change!

The revolution was first encouraged, transmitted and pushed exclusively by social and alternative media. Only after the ex-president had resigned, the media coverage changed to “a revolution of love and solidarity!”

The role of media in conflict prevention and transformationand the role women “peace journalists” can play, was the focal point in the 2018 conference: “It is not time to be silent!” as Janet Bedoya, the Columbian journalist, engaged in the peace process in her country emphasized.

Media help shaping what we see and hear about conflicts around the world. But economic interests and increased corporate control to sell stories and programs play the major role in controlling the types of stories that get covered and the way stories are framed and embedded in propaganda and power games: “If it bleeds, it leads.” That means violent conflict will be headline news, not news of cross-cultural dialogue and the people, the women building peace as agents of change (not just being victims). The stories are about how the manage their daily life beyond the frontlines (education, food, survival, energy, love). 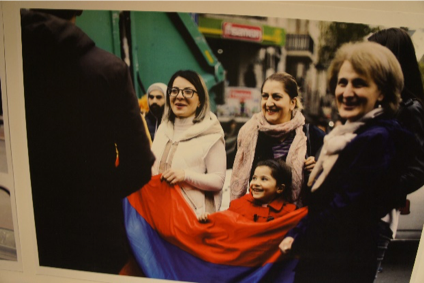 For generations, women have been at the forefront of peace advocacy and have demonstrated a unique willingness and capacity to bring together conflicting groups in the search for common ground. In the women-led peace efforts of recent years, advocates have been successful in convening diverse actors and creating the conditions for building consensus. By engaging those written off by the society and calling for reconciliation, dialogue, and cultural sensitivity to build social cohesion—not only as an end goal but as an operating principle – the voice of women peace builders has strongly established its importance.

What are the methods, roles and strategies, which have to be developed in the eyes of participating media women in the discussion with activists to bring peace related stories to the media’s attention?

What are the methods, roles and strategies of the international (women’s) community of peace activists? 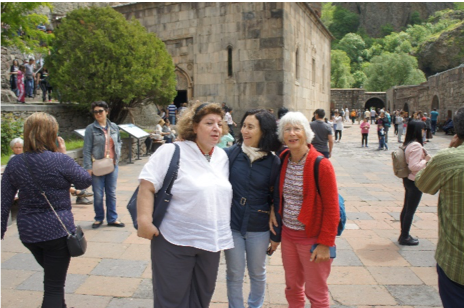 The conference ended in a refreshing outdoor discussion in a wonderful countryside, embedded by great regional food, with inspiring talks on breaking stereotypes, on how women can best negotiate and sustain peace incollaboration between frontline journalists and women peace builders to promote work by women. The understanding was deep and the women felt united by a great hope to keep the network going and to meet again.